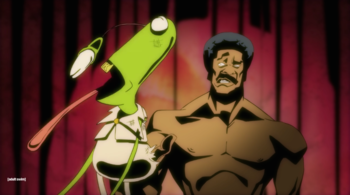 Technical Difficulties. Please Stand By.
Black Dynamite is assigned by the CIA to stop That Frog Kurtis, a rogue educational show puppet, from executing his diabolical plan of manipulating children on national television.