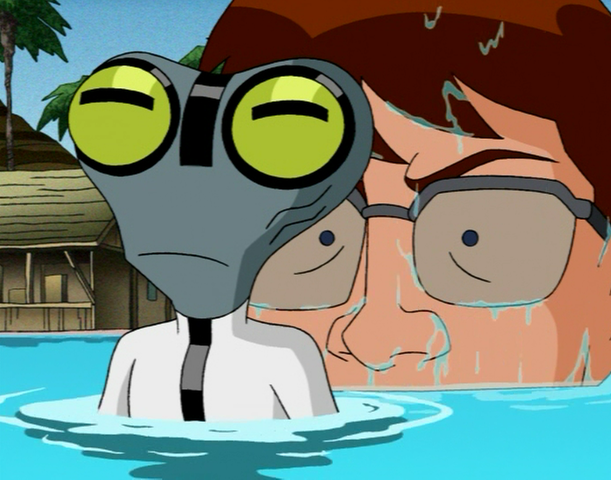 He unfortunately can't hear the Jaws theme playing.
Don't bother with the slice and dice. I'm just as grey on the inside as I am on the outside!

Ben gets stuck as Grey Matter and is kidnapped by an alien enthusiast and later collected by "The Organization", a secret group that wants to experiment on him.