Warning: Official policy states that no spoiler tags should exist on recap pages. Read at your own risk. 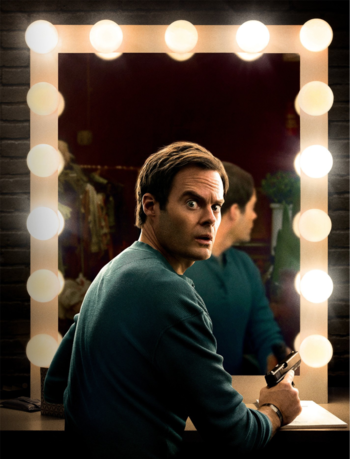 A hitman searching for some direction.
Barry Berkman: You wanna know what I'm good at? I'm good at killing people. You know, when I got back from Afghanistan I was really depressed. You know, like I didn't leave my house for months, and uh, this friend of my dad's, he's like an uncle to me. He helped me out and he gave me a purpose. He told me that what I was good at over there could be useful here and, uh, it's a job...you know. All right, the money's good, and uh, these people I take out, like they're they're bad people, you know; like, they're pieces of shit. But lately, you know...I've like...I'm not sleeping and, uh, that depressed feeling's back, you know? Like...like I know there's more to me than that. Maybe...I don't know, maybe there's not. Maybe this is all I'm good at.

The first season of the HBO dark comedy/drama series Barry began airing in 2018. Created by and Bill Hader (of Saturday Night Live fame) and Alec Berg (Curb Your Enthusiasm), the first season consists of eight episodes, each thirty minutes in length. Along with creating the show, Hader also serves as its main star (in addition to writing and directing many episodes). It was very well-received upon arrival and would ultimately garner many award nominations and wins, including Outstanding Lead and Outstanding Supporting Actor in a Comedy Series at the 69th Annual Emmys for stars Bill Hader and Henry Winkler, respectively.

Season One adopts a policy of Idiosyncratic Episode Naming, with each chapter title coming from a piece of acting advice dispensed within. 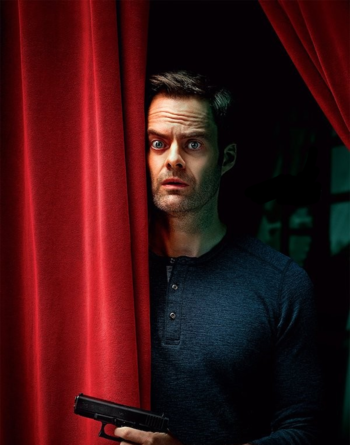 A killer second act.
Barry Berkman: Am I evil? Am I like...an evil person?

Following the rousing success of the first season, a second was ordered by HBO almost immediately. Bill Hader continues to write, direct, and star as everybody's favorite depressed hitman. This season was every bit as well-received as the first, garnering even more critical praise and award nominations; Hader himself would once again take home the Emmy for Outstanding Lead Actor in a Comedy Series.

This season also drops half of the first's naming convention; keeping the "Chapter X," format but having more esoteric story titles. There does continue to be however, just eight thirty minute-long episodes.