A list of episodes and their summaries for the FX series, Archer, a Deconstructive Parody of spy stories (notably the James Bond series and the original 1960s TV version of Mission Impossible) centered on a vice-ridden spy named Sterling Archer (codename: Duchess) who has been hired by his equally vice-ridden mother, Mallory.

Note that each episode summary assumes that you have watched the show up to the episode in question, so spoilers for the episode and previous episodes will be unmarked. Events depicted in episodes that had not aired at the time of the episode being recapped (if referenced in Foreshadowing or Call-Forward, for example) should still be marked as normal. Proceed with caution. 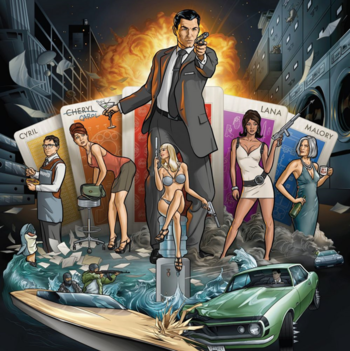 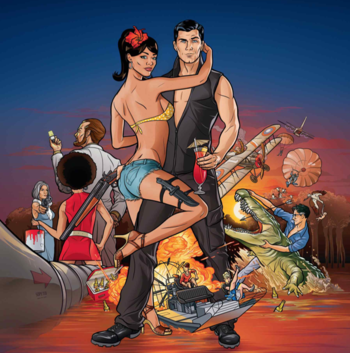 The Spy Who Loved Himself.
Season 3 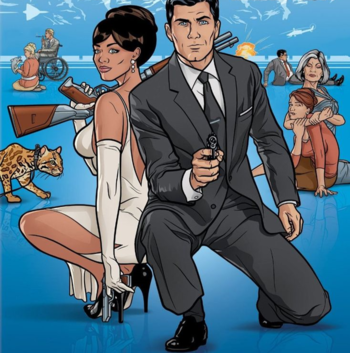 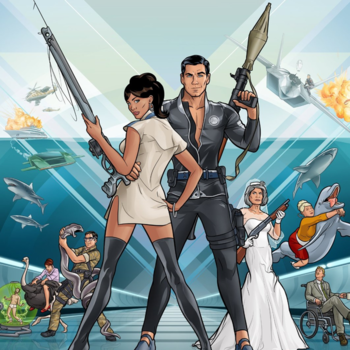 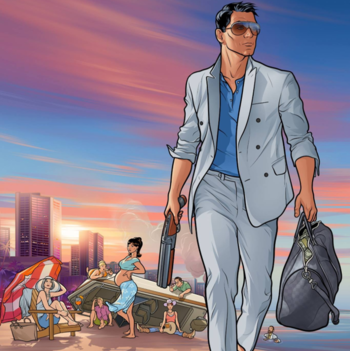 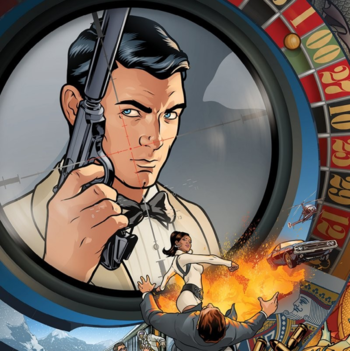 "I've never had a deathwish, it's just that I don't believe that I personally even can die."
Season 7 (Archer P.I.) 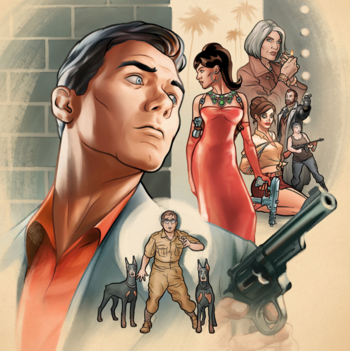 Archer faces his most difficult mission yet!
Season 8 (Dreamland) 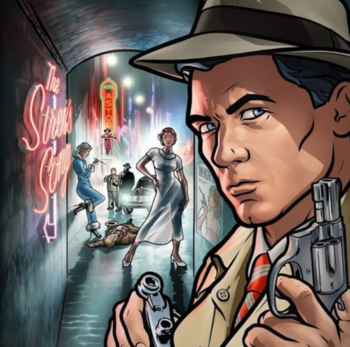 Just Say Noir.
"All I wanted to do was find out who killed my partner, Woodhouse, and the next thing I know, I've disappeared up my own asshole, and I'm manumitting sex slaves, and grossly abusing corpses, and trying to sort some finger for some weird psycho-sexual kidnapping, and then, to top off all the bullshit, getting chased by goddamn robots!"
— Sterling Archer (Dreamland)
Season 9 (Danger Island) 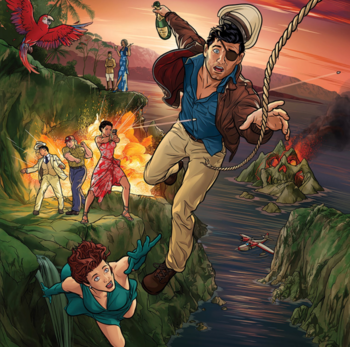 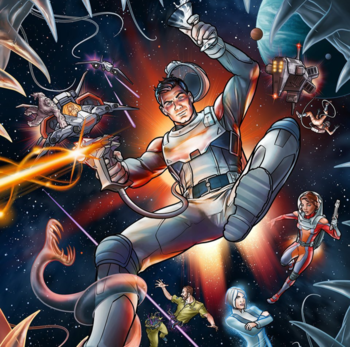 Brace for the thrust.