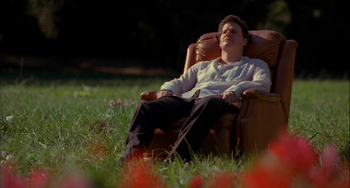 Lindsey approaches Spike in the guise of Doyle, encouraging him to replace Angel as the champion of the Powers That Be. Meanwhile Angel is trapped in a hallucinogenic coma.