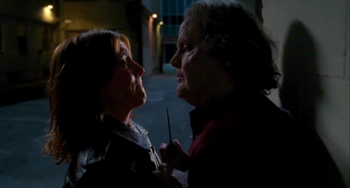 Connor finds himself torn emotionally between Angel and Holtz. Justine discovers her former mentor has returned.