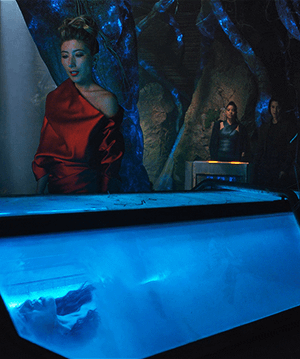 Kovacs Prime bluffs Quell in order to get the weapon, while Trepp tries to save Kovacs.