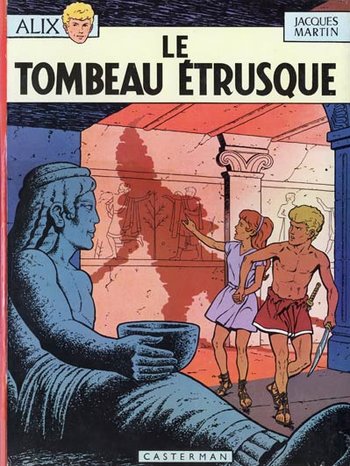 Le Tombeau étrusque (The Etruscan Tomb) is a comic book by Jacques Martin. It was first published in Tintin magazine in 1967-1968. Then it was published as a comic album in 1968. This is the eighth episode of the Alix series.

Alix and Enak escort the young Octavius across Italy. They spend the night in a deserted farm, when they are woken up by masked riders who attack another farm.