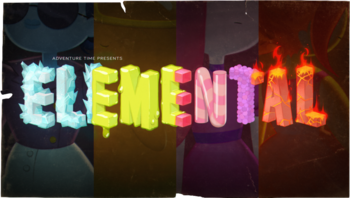 Ice King digs up an item buried underneath the Ice Kingdom.