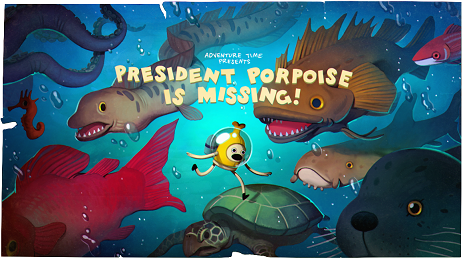 Finn and Jake attempt to track down President Porpoise before Vice President Blowfish takes over.