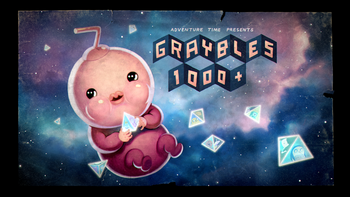 Cuber must rely on his bag of Graybles to survive while marooned on an alien world.