Recap / Adventure Time S 1 E 24 What Have You Done 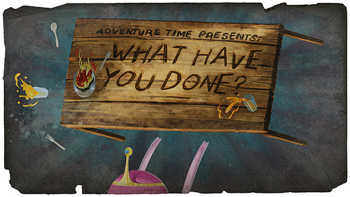 Finn struggles with his morality after Princess Bubblegum tells him to kidnap the Ice King for no apparent reason.