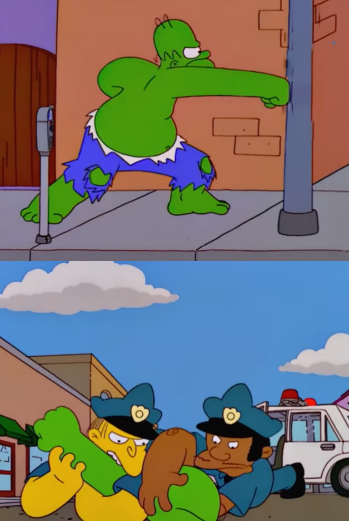 Just because you're painted green doesn't mean that you're the Incredible Hulk.