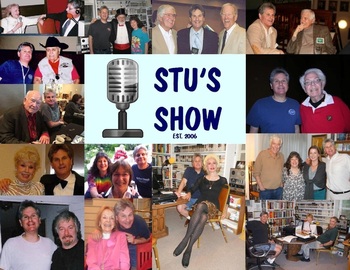 Two-hour internet radio program hosted by comedian Stu Shostak from Chatsworth, California, which debuted in late 2006. The show's tagline, "TV On the Radio for Baby Boomers", reflects the theme of interviewing celebrity actors, writers, and historians from the "golden age" of television and film.

The show can be heard here