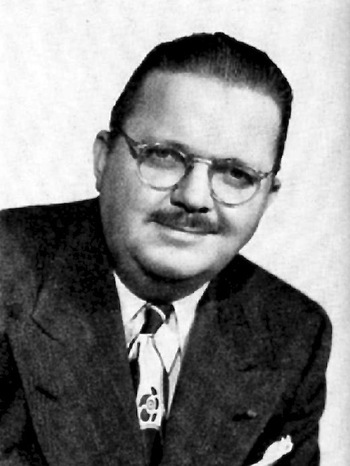 Not many people today remember the golden age of radio horror. But those that do will never forget Quiet, Please.

Airing from 1947 to 1949, Quiet, Please was written and directed by Wyllis Cooper (who had previously worked on another radio horror program, Lights Out — best known today from a Bill Cosby routine where he reminisces about the infamous "Chicken Heart" episode — and written the screenplay for Son of Frankenstein), and starred Ernest Chappell. Nearly every episode took the form of Chappell's character narrating in the first person, recounting a story of something strange and horrifying that had happened to him (sometimes leading up to his demise). These tales would range from ghost stories to things that were... weirder.

Though it ran for barely over 100 episodes, the show left a lasting impact. Rod Serling credited it as an influence on The Twilight Zone, with both series sharing a mixture of science fiction and horror episodes and often containing relevant social messages. The 60th episode of the show, "The Thing on the Fourble Board", is often credited (and rightly so) as the scariest radio program ever broadcast.

The series is available for free here

. Not to be confused with the Tom and Jerry cartoon short "Quiet Please!!".