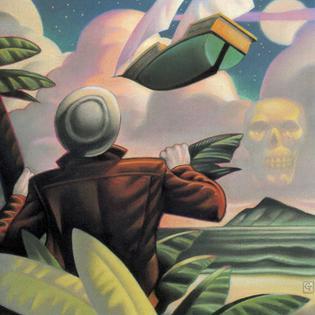 Jack Flanders is the hero of a series of audio dramas produced by ZBS. Some of his adventures have appeared on radio, but all have been published in various recorded audio media.

He first appeared in The Fourth Tower of Inverness and has had many adventures since then. He is a Gentleman Adventurer, Bold Explorer, and paranormal investigator, poking into mysteries to help out friends and relations. He has visited several different planes of being and socialized with a wide variety of non-human, semi-human, and ex-human beings. His adventures all have a comic, light touch and are laced with the mysticisms of various cultures.