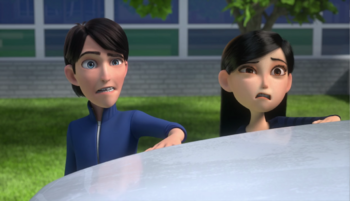 Trust me, you are better off not knowing what they are wincing at.
Crap that got past the radar on Trollhunters.

To Catch a Changeling

A Night To Remember

Part 3
So I'm Dating a Sorceress