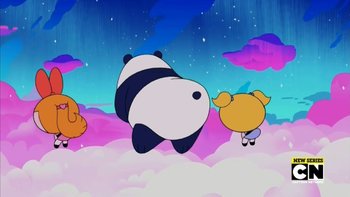 Don't worry they're just dancing.
This show, being a reboot of The Powerpuff Girls, is bound to have some examples, even if the show is lighter and softer than the original.General