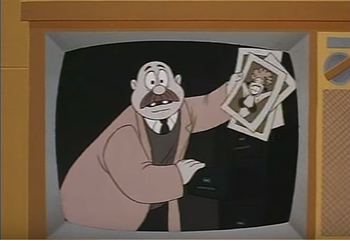 Take a closer look at what he is holding. (Edited late-90s version.) 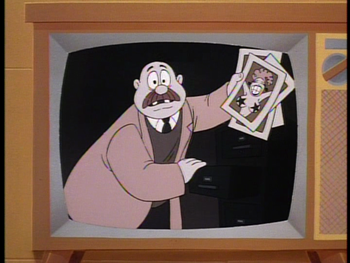 Here's the original scandalous photo, still getting past the radar in some versions.