Radar / The Amazing World of Gumball 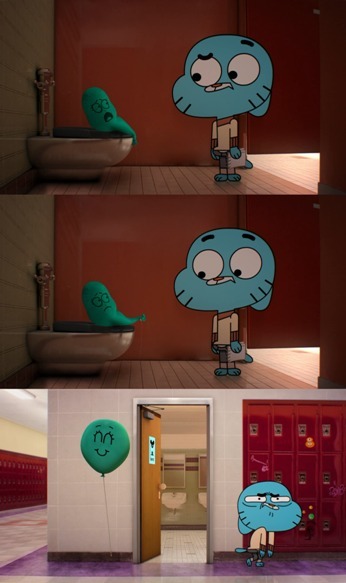 "Thanks Gumball!" "Whatever, man."

In the grand tradition of a lot of original Cartoon Network programming from the late-1990s into the 21st century, this show freely pushes its TV-Y7 rating to its limit, despite Cartoon Network now allowing the TV-PG rating on some of their daytime shows.

The Origins (parts one and two)