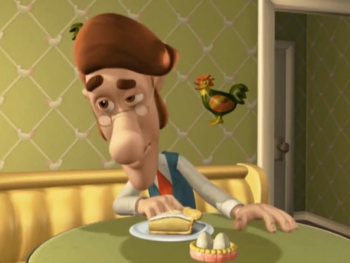 "Once when I was 7 years old I sat on a banana…
and of course that changed my life!"

When you're as smart as Jimmy Neutron, you're bound to know one or two things you probably shouldn't. Sometimes, a savvy older viewer can pick up on some things that can fly right over the target audience's head.

Examples of such instances include: