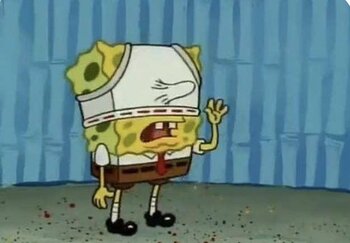 Oh, how we love this show for all the Parental Bonuses and sneaking some questionable content into the show. Guess what other show known for adult content had a lot of the same crew... For the radar for the movie, see here.
Advertisement:

Before you add an example, ask yourself the following: "Am I purposely taking a quote out of context?" "Am I reading way too deeply into an innocent joke?" "Is the 'hidden' joke the only joke?" If you answer yes to any, that's not this trope.