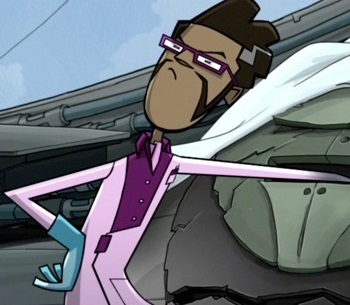 Mc Fist: You got a license for that?
Advertisement: