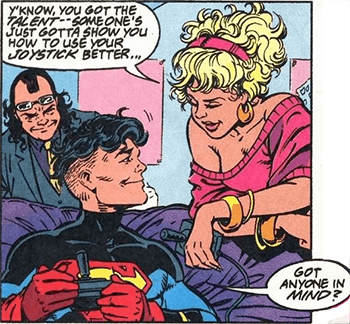 "You know, the dude who wore that helmet before you was a good guy. Name was Richard Rider. There's a joke in there if you think on it."
— Spider-Man talking to Nova, Avengers & X-Men: Axis #5