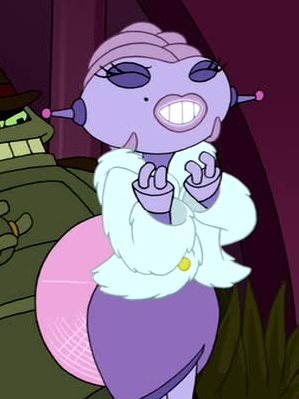 Of all the furs that fell off a truck, the Robot Don's girl deserves the best.

Ways in which fur garments have shown wealth, status, and glamor in cartoons.