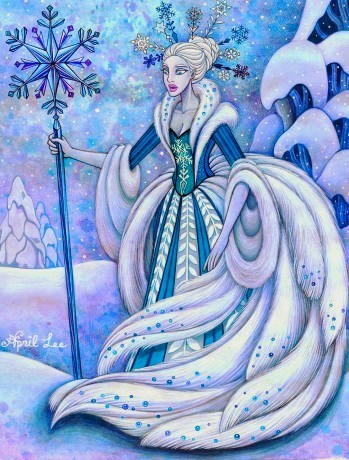 Artists see The Snow Queen as the foxiest lady in the land.
Image

. Used with permission.
Anna winced, but then put a reassuring hand on her sister's shoulder, covered with white fur...
"What is the fur for?" she asked, intrigued. "You told me several times that cold doesn't bother you."
"I... I just like fur, that's it," stammered Elsa. "I... I just find it beautiful."
Anna shock her head and got close to her, with her hand still in Elsa's.
"You're such a queen."
"Shush up," smiled Elsa
— Anna's reaction to Elsa's new dress

(a fanfic of Olaf's Frozen Adventure'')