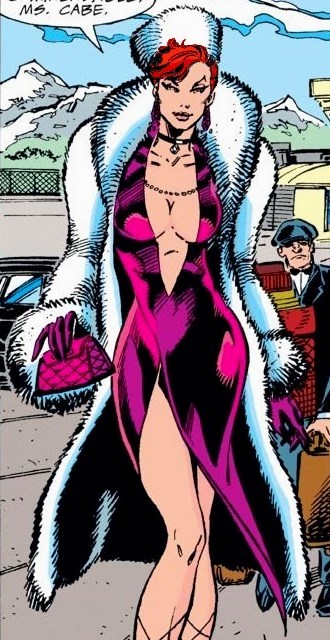 Black Widow wouldn't be a proper Sensual Slav Femme Fatale without a few fancy furs.
Every time I see a fur coat in a store window it does something to me! It just takes me out of this world!
—Patsy, Patsy Walker
Advertisement:

Ways in which fur garments have shown wealth, status, and glamor in comic books.