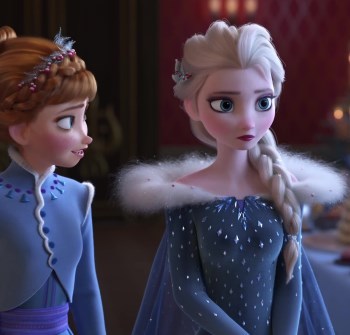 During the holidays, Queen Elsa uses a touch of snow white fur to look even more like The Snow Queen.
Advertisement:

Ways in which fur garments have shown wealth, status, and glamor in animated films.