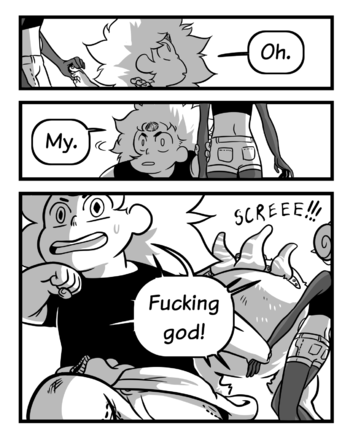 The mouth on this kid.