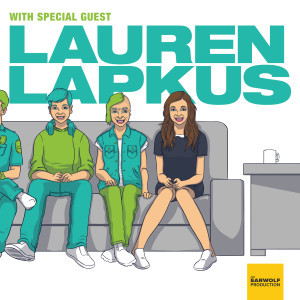 It's the host's show, Lauren's just along for the ride.

With Special Guest Lauren Lapkus is a (usually) comedic podcast with a clever trick: instead of hosting the podcast, Special Guest Lauren Lapkus is the guest each week, with a new host each week, usually playing a character. Lauren has to come up with a character on the spot based on how the "host" introduces her. As is to be expected, this leads to some hilarious and unexpected improvisation as both parties try to keep up with each other.

Also, every week fan favorite Traci Reardon answers questions posed to her on her twitter

with the help of the host(s) and guest, in the only recurring segment titled Help Me Rhonda.