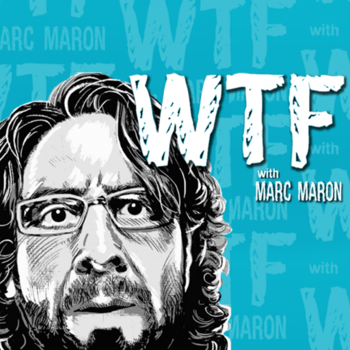 WTF with Marc Maron is a podcast hosted by stand-up comedian Marc Maron that premiered in 2009. An edited and censored version of the podcast began airing on radio in 2012.

In each episode, Marc sits down with a guest to speak at length about the guest's personal and professional lives.

The podcast is critically acclaimed for Maron's skills as an interviewer and his ability to get guests to open up and speak candidly about some very intimate subjects.

Episodes may be found on the podcast's official website

, though older episodes are behind a paywall. Otherwise, many such episodes can be found unofficially on YouTube.

See also Maron, which depicts a fictional version of Marc Maron working on his podcast.

This podcast provides examples of the following: