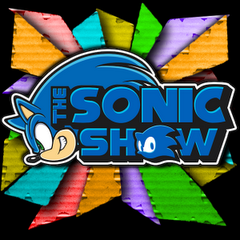 TroPING AS usual, I see.

Well, now that that is out of the way, TheSonicShow is iTunes' Number 1 Podcast on Sonic the Hedgehog

. Its members premiere trailers, conduct interviews, and do weekly Let's Play's and Livestreams. They are a part of Sonic Stadium

Their videos have provided examples of: