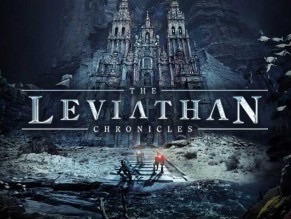 is an audio drama podcast, written by Christof Laputka, and features the voices of over 60 actors, professional sound effects and an original music soundtrack. First airing in April of 2008, the podcast ran for just over five years, generating 38 total chapters and a small handful of bonus episodes.

The story follows Macallan Orsel, a young genetic scientist in present-day New York City who discovers that immortality is not a fool's fantasy, but rather a reality for several factions of powerful immortals living among us. Across centuries and continents, they have battled for supremacy—and Macallan must suddenly grapple with a mysterious and lethal virus, a covert government organization aware of the immortals—and her own family's connection to both. In order to save herself and the immortals, Macallan must learn to use a key hidden within her own DNA. But a deadly secret has been kept deep in the bottom of the ocean for over a thousand years that could threaten not just the immortals, but all of mankind.