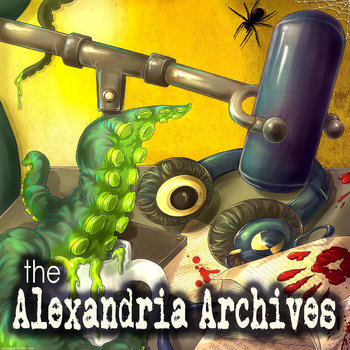 . Described as the South's answer to Miskatonic University, AU, located in the town Alexandria near the North Carolina border, is filled with monsters and supernatural entities who co-exist, some more easily than others, with humans. The story is largely a Framing Device for the horror stories MW plays during her show. The stories themselves vary widely, despite featuring supernatural elements; some are horrific and some are fairly lighthearted. As the show progresses, we get to know the supporting cast, like the vampire Gore, the BOBs and more.

Tropes (related to the Myth Arc)

It's dark out there.