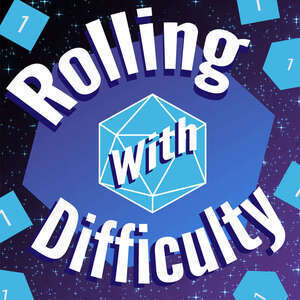 Throughout the Planescape there are countless wars between good and evil, lawful and chaotic. Forces of great power shift the very nature of reality. These are not their stories...
Join the crew of the Per Aspera as they make a living in the expanse of the scape. No job is too odd, no region too remote for this motley crew of adventurers. From the fiery City of Brass to the winding woods of the Feywild, they'll go wherever the day takes them aboard their trusty Spelljammer.
Advertisement:

is a weekly D&D 5e Actual Play podcast which follows the adventures of the crew of the spelljammer Per Aspera, set in a homebrewed mish-mash of the Planescape and Spelljammer settings.