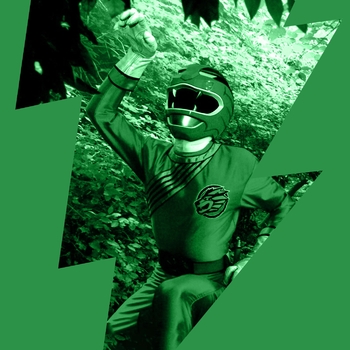 Wild Access!
Ranger Danger is a podcast created by two Australian guys, Mat and Michael, who are (obviously) fans of the television series Power Rangers. In this weekly podcast they watch an episode of the show, then break it down and chat about it, either between the two of them or with guests. Starting with Power Rangers Lost Galaxy , the hosts expanded the regular cast to include Tim and Lauren; with the two of them and Matt swapping out every couple of episodes as the co-host to Michael.
Advertisement:

Debuting on October 9, 2013, the show has been going for nearly eight years as of 2021. On February 4 2015 the show premiered a sister show, Ranger Danger Dino Charge, where they review episodes of the current incarnation of Power Rangers, Dino Super Charge. They did the same for Power Rangers Ninja Steel up until they felt the load of doing both old and new episodes weekly was too much and dropped the newer epiosde series in order to focus on the weekly episodes of the older seasons.As of November 2021, they have started covering Power Rangers Wild Force and new episodes are released every Tuesday at 3:00 p.m EST.

The podcast is often quite unsparing with snark aimed at mocking the cheapness of the show, both in terms of its production quality as well as its story quality. However, the hosts do all have a certain affection for the series and are not unwilling to throw it a bone every now and again.

Buzzfeed OZ recommended them in an article about 19 Australian podcasts you need to listen to now.

They can be found here