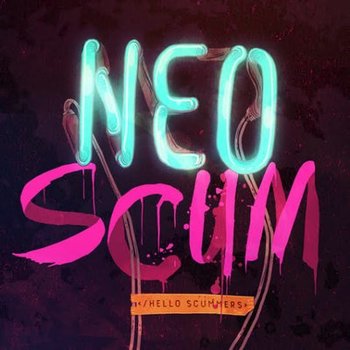 NeoScum good.
“America, 2077. Well, something like it, anyway. The future has awoken a new world of science and magic. Corporations make the rules and 'Shadowrunners' break em, doing the kind of work that you can't mention on a tax return. In Indianapolis, four outsiders meet and accept a job they aim to finish... if they ever get around to it.”
— Description for Episode 1
Advertisement:

NeoScum is a Shadowrun actual-play and comedy podcast. It's much less technical than most actual-play podcasts, to the point that most of the dice rolls are edited out to save time, and makes use of the players improv comedy skills for both the comedy itself and the plot. It's also much more comedic than even other comedy-focused actual play podcasts, although it still has the occasional dramatic moment.

The plot so far concerns four shadowrunners who do a job together in Indianapolis and decide to stick together. Their personal goals are all pretty big-picture, so in the meantime their actions are mostly guided by who does and does not want to kill them at the moment. Given their habit of antagonizing any and all NPCs they come across and their predilection for reckless violence, the list of people who want them dead quickly grows exponentially.

note That's over the course of about 20 episodes, for the record.