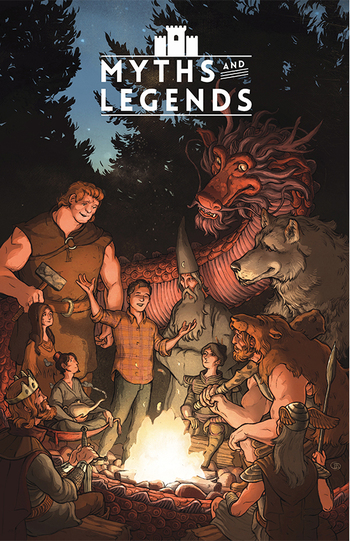 The Myths and Legends Podcast

, as the name suggests, is a Podcast where host Jason Weiser re-tells various myths, legends, and fairy tales from around the world. Another feature is the Creature of the Week, where he describes various animals from folklore and occasionally gives a possible explanation for the creature's origin.

open/close all folders
Stories Featured In the Podcast

Myths and Legends provides examples of: