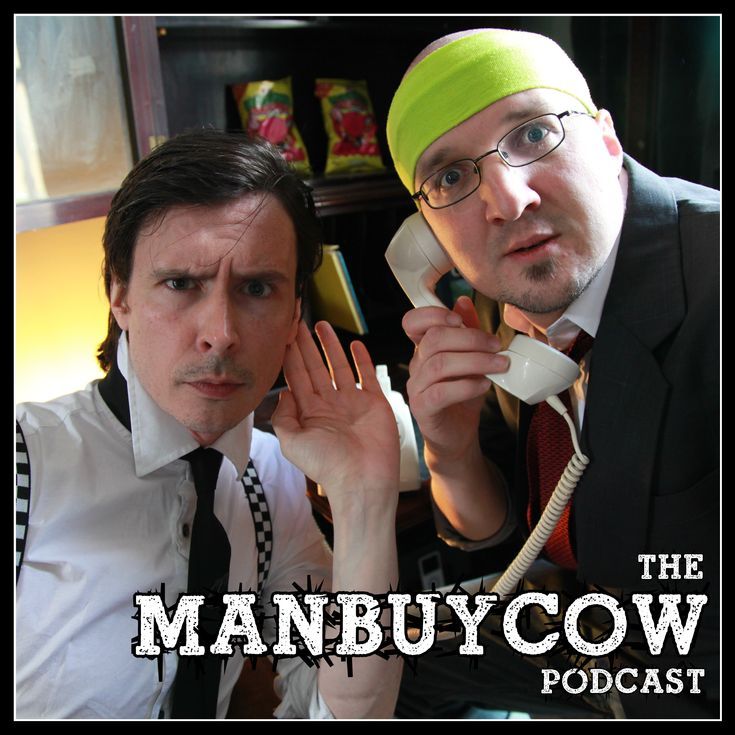 Man Buy Cow - They were brekked ready!
''"We're getting ready to go now
to spend some time with Man Buy Cow."''
— Theme Music

Man Buy Cow is a sketch and sitcom podcast written and performed by comedians Howard Long and Rufus Penzance, who versions of themselves living day to day, eating crisps and talking nonsense in their Great Auntie Beatrix's House while a bevy of bizarre characters seek to make their lives more interesting, often against their will. They have also got a spin-off podcast, the Adventures of Grett Binchleaf, about a soft-boiled private detective with a crippling fear of pies.

The main podcast provides examples of: