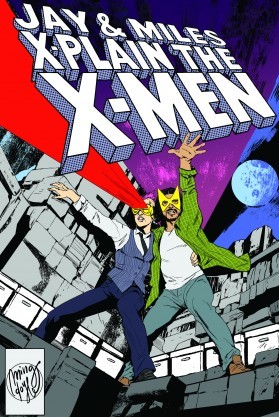 Because it's about time someone did!
Advertisement:

Jay and Miles X-Plain the X-Men is a weekly podcast hosted by Jay Edidin (who you might also know as the guy behind Worst Muse) and Miles Stokes, covering the "ins, outs and retcons" of their favorite superhero Soap Opera, the X-Men.

Each episode sets out to explain the X-Men for listeners, usually covering a specific story arc in the team's extensive history, starting from their very first issue in 1963 onwards —- though they sometimes break from their usually scheduled programming with creator interviews, live episodes, and even some Tabletop RPG specials.

You can find here

Jay and Miles have explained (and provided examples of) the following tropes: