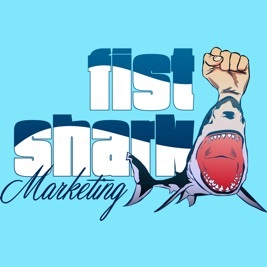 FistShark Marketing is an improvised comedy podcast starring Jim Sterling, Conrad Zimmerman, and Caitlin Cooke (later replaced by Jonathan Holmes), portraying a trio of Corrupt Corporate Executives of the same names (except Holmes, who goes by Paulson Sear for increasingly odd reasons). They all run the titular company, FistShark Marketing, a Boston marketing firm with a celebrity clientele and possibly eldritch upper management.

The series is now complete at 145 episodes, which can be viewed on the official site here

...and remember: why create new trope entries when you can just copy-paste?