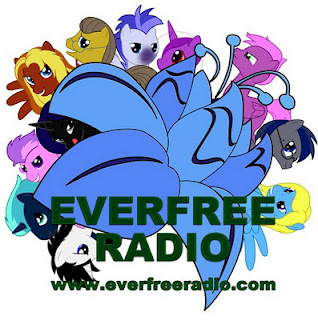 Everfree Radio is an online radio podcast which revolves around the television show My Little Pony: Friendship Is Magic. The first episode was aired on October 18th 2011. The podcast usually consists of episode reviews, fan fiction reviews and interviews with various members of the community. The podcast started out with five members on the airing team: Final Draft, Brushin' Bones, Autumn Spice, Crescendo and Moonlight, but has more recently expanded to include other members and contributors, such as Sketchy Sounds and Mandopony.

Their site can be found here