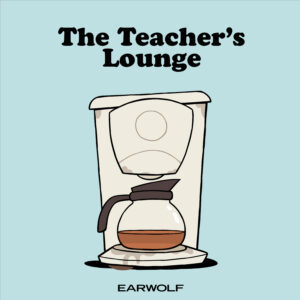 Class is out and the coffee's on.
Teachers lounge is an improvised comedy podcast on the Earwolf network which follows the lives of four highly questionable education professionals played by Drew Tarver, Dan Lippert, Jon Mackey and Ryan Rosenberg. Indifferent to their students and focused on their own short term goals and aspirations, the teachers find themselves in many unlikely scenarios and even far outside of the teaching profession.