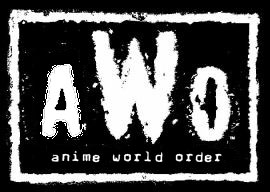 Hosted by three self-described "holier-than-thou know-it-alls that are anything but" from Florida, the Anime World Order Podcast is a podcast that focuses on anime and manga. The podcast has been running since 2005, (albeit on a more irregular schedule than they started), reaching over one hundred shows in total (and almost a hundred numbered shows), and new shows often crop up on a semi-monthly basis.

The podcast reviews almost all kinds of anime and manga, spanning from recent movies such as REDLINE and Summer Wars, to old classics such as Fist of the North Star and Getter Robo, to extremely obscure anime such as Ringing Bell and Robot Carnival, and cult trash anime like MD Geist and Mad Bull 34. The three hosts formerly used a format where each host reviews an anime, with the others making comments and asking questions: Daryl Surat tends to review shonen anime, classic anime movies, off-beat anime and OVAs from the 80s/90s "Golden Age" of anime in America; Gerald Rathkolb reviews mostly Humongous Mecha anime and obscure cult anime; and Clarissa Graffeo does shoujo and boys' love anime, with the occasional shounen anime and Moe anime as well.

Despite the podcast still being active, it has suffered from near constant Schedule Slip. The hosts are also writers for Otaku USA Magazine and frequent guests for other podcasts.

Not to be confused with the new World order. Or the other New World Order.