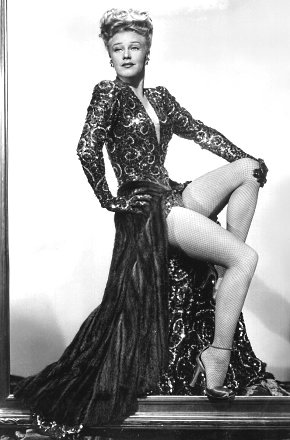 With the mink skirt, and all the Jewelry sewn into the dress, this set a world record for cost.