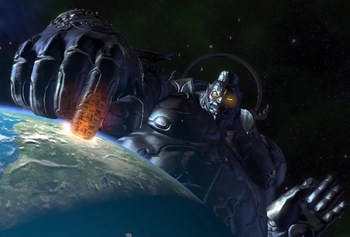 "Kneel, before one of the Seven Deities!"note "COME ON!!"
Advertisement: