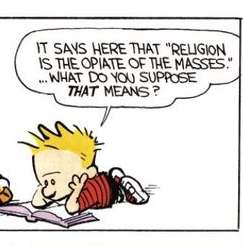 Since Calvin has an unusually large vocabulary for a six-year-old and tends to discuss complex philosophy, reading the strip as a child and as an adult are completely different experiences.