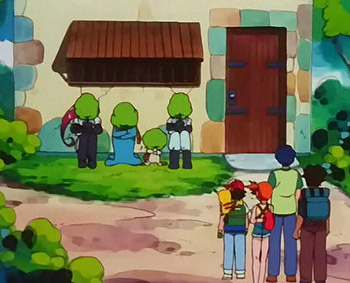 And yet, Ash and friends are tricked every single time.
Advertisement:

Pokémon: The Series makes such frequent use of this that it merits a section to itself.