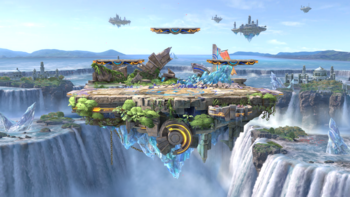 Battlefield in its current iteration 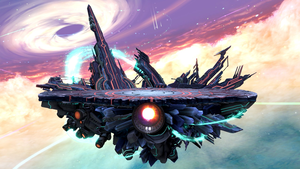 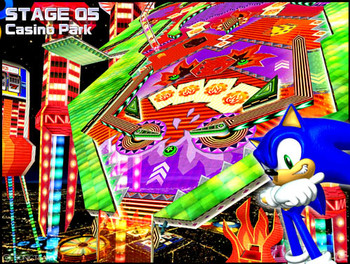 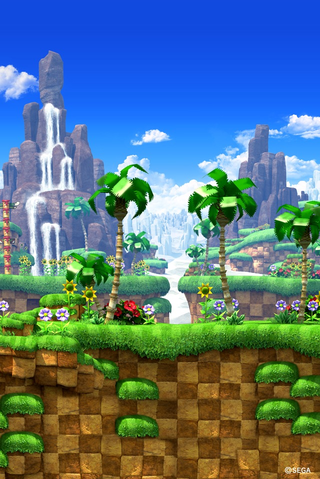 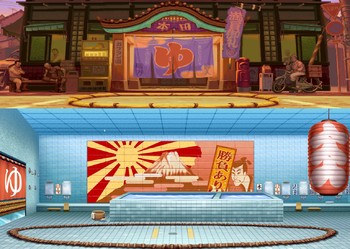 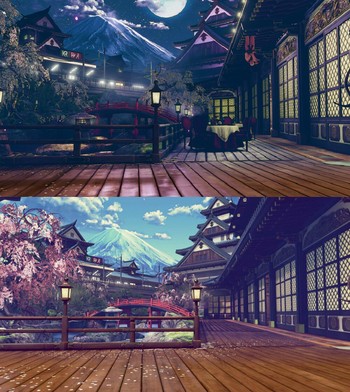 The Kanzuki Estate, both at midnight (top); and around noon (below)
The Pit and Kombat Tomb
The Pit and the Kombat Tomb, Deadly Domain of Lethal Spikes 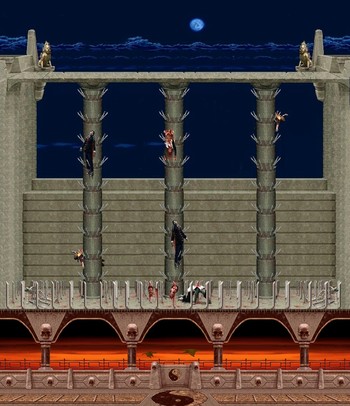 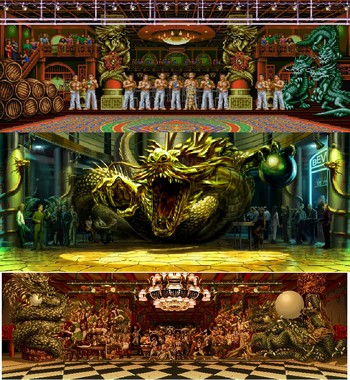 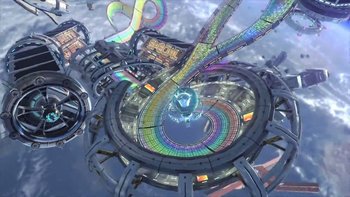 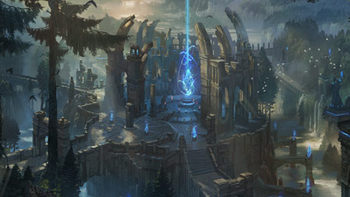 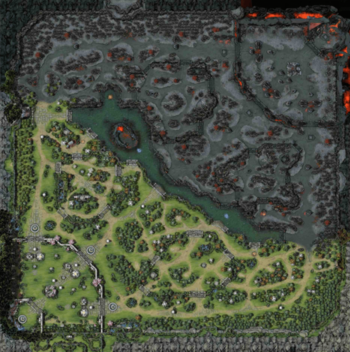 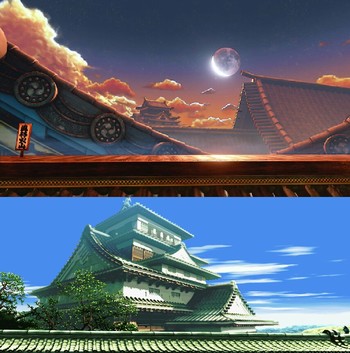 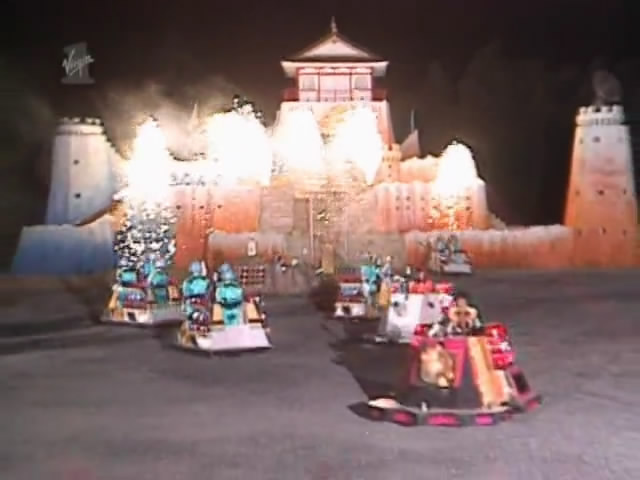 The (one of many) Final Showdown(s) at Takeshi's Castle