One of the least visited areas in the Pantheon, the Hall of Diseases is a quarantine area comprising most of the Quarantine half of the House of Health and Diseases. It hosts all sorts of deadly bacteria, viruses, and other pathogens. Initially conceived as a sterile disease research facility, Nurgle's influence along with the presence of Pestilence the Horseman and Typhus have turned it into a rotting lab connected to his garden. Numerous airlock seals have been placed to keep the rest of the Pantheon safe, and all scientists are covered head to toe in the best protective clothing money can buy.

Peryite
Breathe deep, mortal. I would have you hear me well, so let these vapors fill your lungs.

Peryite, Daedric Prince Of Supernatural Plagues (The Taskmaster, Master of Tasks, Bringer of Disease and Pestilence, Blighted Lord, Lord of Infection and Pestilence, Lord of the Natural Order, Lord of Abundant Pus and Vomit) 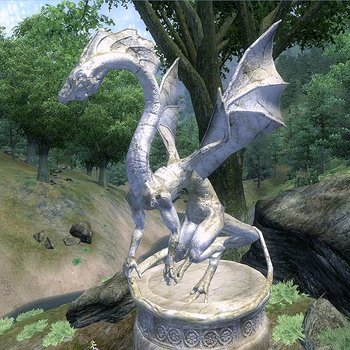 Statue of Peryite
Now, I've prattled on long enough. It's been a pleasure.

Typhus
Typhus, God of Plagues (Typhus the Traveller, Calas Typhon, The Herald of Nurgle, Host of the Destroyer Hive) 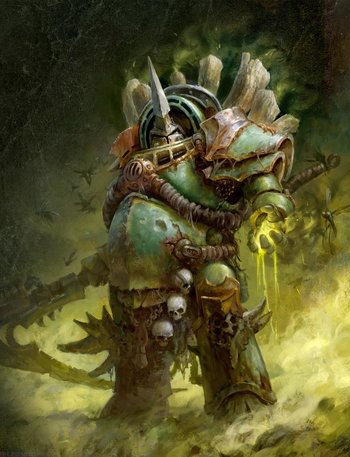 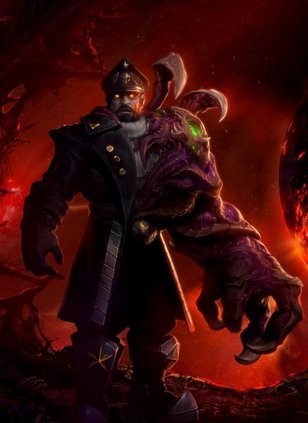 Stukov before his infestation 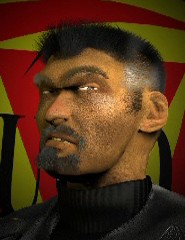 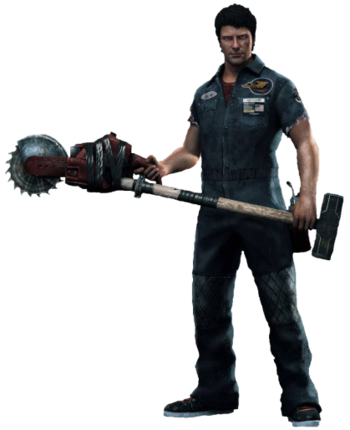